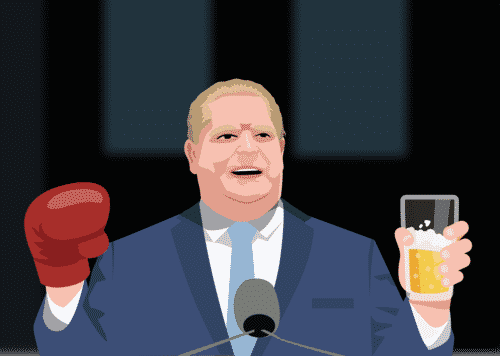 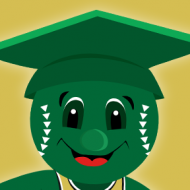 Today’s Ontario government has its eye on sport using a lens that differs from the past. A few weeks ago, we ran two stories about the Ontario government’s involvement in sport. The first was about Ontario’s plan for sport after the Para/Pan Am Games under the former Liberal government. The second was about how the new PC government might tackle sport given its budget release. The following are some highlights and breakdowns of what the Province has done and what they have been involved with.

In November 2018, the government exempted Ontario Hockey League (OHL) players from employment standards. This recognizes OHL players as amateurs, not professionals, so the players will not receive minimum wage. This was done in order to maintain a level playing field, as there was some concern that teams would suffer financial risk if players received minimum wage. The government says it will “ensure the league is sustainable and protect local junior teams.” In addition, Premier Doug Ford stated, “Amateur hockey is part of Canadian life, and we’re ensuring it stays that way.” This is to the delight of the OHL, as commissioner David Branch sent a letter to the province urging the government to keep their players at amateur status.

The Ontario government has made it easier to buy and consume alcohol, and this will affect sport. The province has said they’re ‘open for business’ and has shown this by ‘cutting red tape’ when it comes to gambling and alcohol consumption in the form of relaxed policies around these issues. These rules include drinking in parks (if municipalities permit), licensed establishments to allow drinks to be served as early as nine in the morning, and alcohol for tailgates (a social event at which a meal is served from the back of a parked car in the parking lot of a sports stadium) prior to sporting events if parking lots have permits.

The drinking aspect also applies to restaurants, casinos, and horse racetracks. These relaxed rules are likely an attempt to lure more patrons into rural racetracks. This goes along with the recent investment of ten million dollars annually from the province into the horseracing industry to help keep race tracks alive that have been struggling to stay in operation. The closure of horse racetracks would result in job losses for many people in Ontario.

MMA & Boxing are sports with worldwide popularity, with boxing as the 8th most popular sport and MMA as the 13th most popular. Moreover, MMA is gaining more popularity, as shown with the surge of the UFC these past 26 years. By having more relaxed policies for gambling and sport, it opens up the potential to cultivate an MMA environment in the province. It also opens the door for more major fights in the province. This, along with smaller scale martial art events, would bring an opportunity for people to gamble if the Federal Government allows for single event sports betting, which the Ford Government also wants to happen.

Minister of Tourism, Culture, and Sport Michael Tibollo said he wants to revamp Ontario Place. He would like to see the grounds host a year-round sports and entertainment venue. Tibollo has stated that whoever develops the site for Ontario Place will lease, not own, it. This project could be a major player in the future for sport & entertainment in Toronto and the Province.

The province is also taking an aggressive approach with their gambling legislature. They are urging the federal government to allow more private firms to be able to have a foothold in the Ontario market and permitting patrons to bet on single event sports events, a policy which falls under the federal government’s power to change.

One of the main reasons the Ontario government desires to increase the availability of sports betting is the revenue that is generated from it. According to the Ontario financial minister Vic Fedeli. illegal single event sports betting generates “$110 million per year in revenue, in Ontario alone.”  In addition, competition in neighboring American states such as New York and Michigan has the potential to draw from their revenue, as they hope to allow single event sport betting within the next two years.

The Special Olympics Ontario Invitational Youth Games is currently taking place, and during the opening ceremony, the crowd booed loudly when they saw Premier Doug Ford. This type of reaction is likely not what the Province had hoped for, especially because of their desire to have close ties in sport.

Upon closer evaluation, though, the response may not be so unexpected since the province’s controversial autism plan. The new plan affects the amount of money the government will give to a family with a child needing treatment based on the severity of the child’s needs for treatment. In addition, the families will see a decrease in government aid as the child ages.

Ontario’s new government has made many changes over a short period of time. With its actions and policy changes, the government has shown that it wants the sport industry to thrive and succeed in Ontario. Will this government continue to have a heavy private sector, sport-driven model, and will their hope for the province to be a major player for sport and entertainment come to life? Only time will tell.