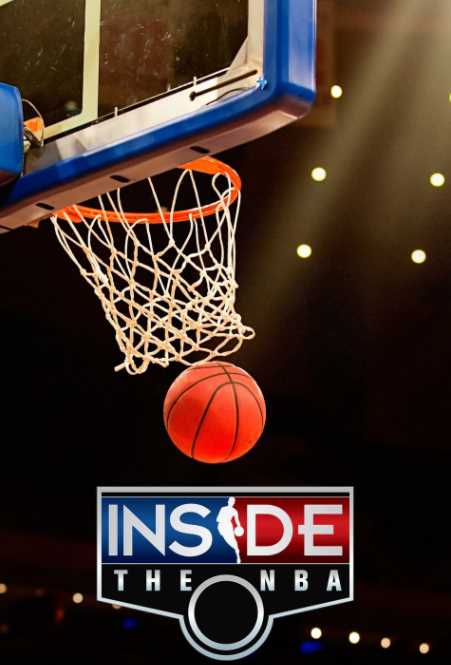 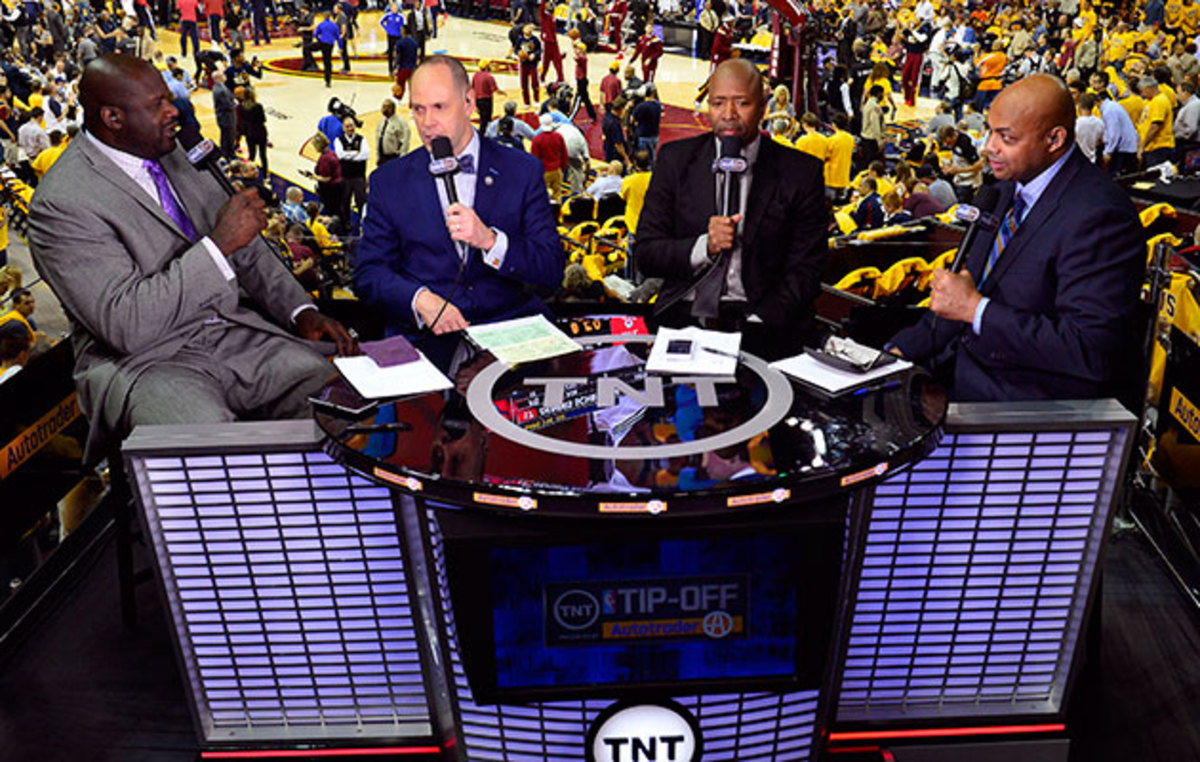 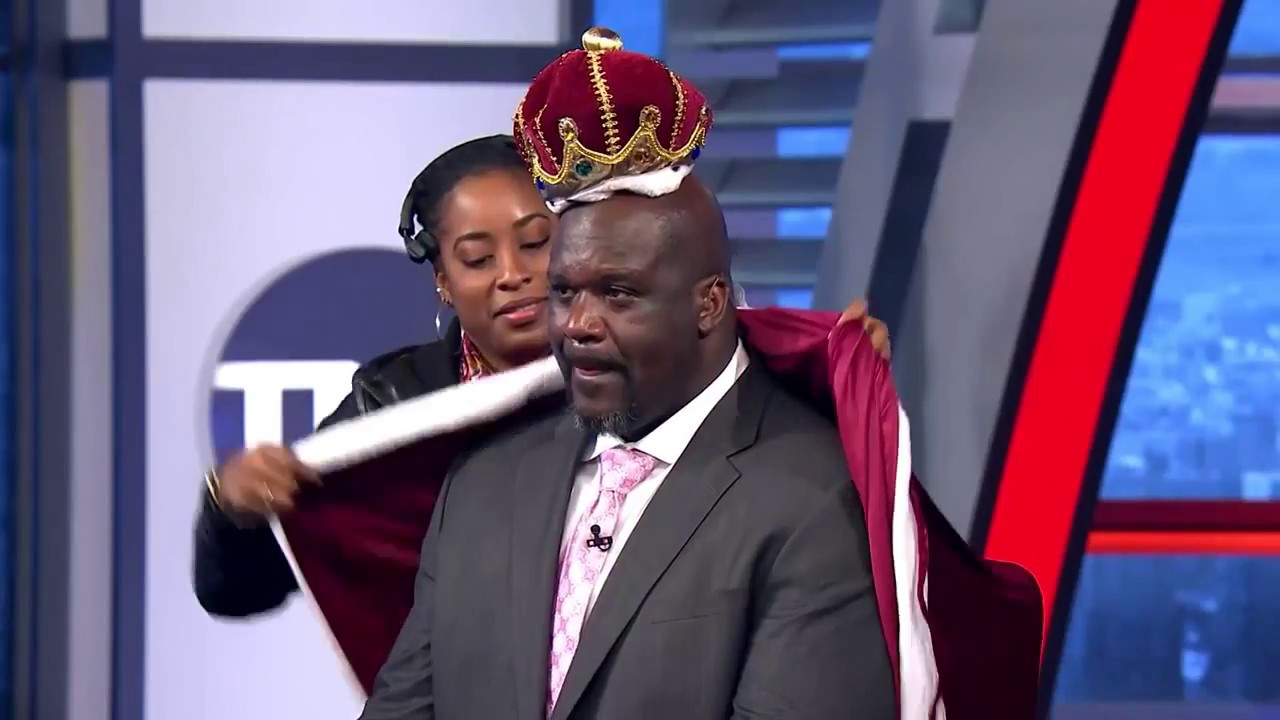 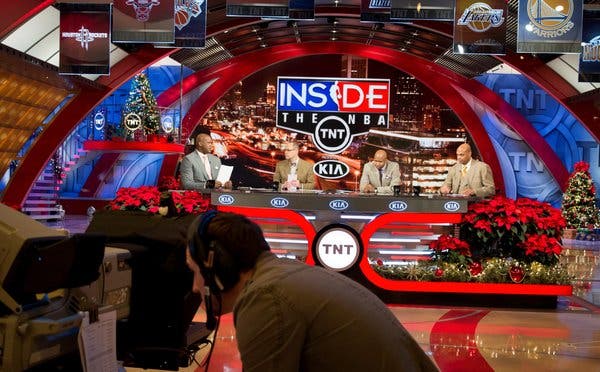 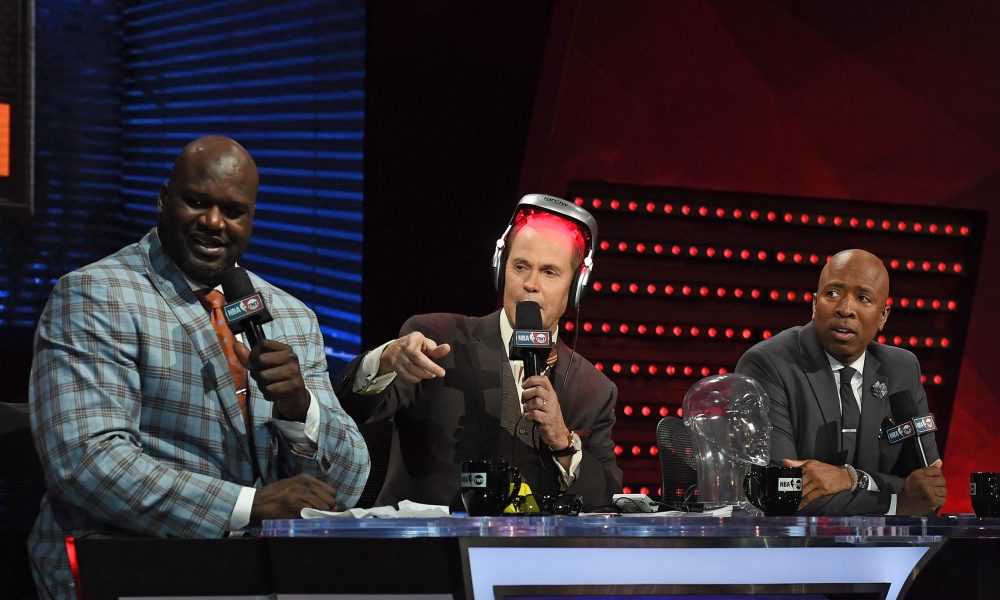 About Inside the NBA

Inside the NBA has been on television for over 30 years. Its longevity as an NBA postgame show exhibits just how popular the show has been over the course of three decades and it certainly explains why it belongs on the shelf. Inside the NBA debuted in 1989 on TNT and continues to offer basketball fans the chance to get great post-game analysis from ex-players and other basketball experts. In 2003, Inside the NBA also began airing on the NBA Network when the Association launched its own dedicated channel.

The post-game show increased in popularity at the turn of the century when Charles Barkley joined the show as an analyst. His work alongside host Ernie Johnson has led to several awards for both men. Barkley added a level of banter and humour to the show that was missing prior to his joining. Since then, many basketball fans have tuned in to listen to Barkley talk about basketball and pop culture. Inside the NBA wasn't always the free-wheeling, unscripted show it is today.

When it started with Johnson as host, it was your typical sports highlight show. Even when some analysts such as Reggie Theus were added, later on, it didn’t stray far from the script too much and was sports studio highlight show similar to many others. However, it changed as the years progressed and new people joined Johnson on the show. It was the hiring of former Houston Rocket guard Kenny Smith in the late 1990s that helped change the show from formulaic and into the fun unscripted show that it is known for now.

Inside the NBA's Relation To Sport Business

The post-game show has been labelled as television "best-unscripted show". The comedy element of Inside the NBA means it is fun to watch for people who are not even basketball fans. There is a level of engagement non-sports fans can have when tuning in. For the spouse that is not a basketball fan and only watches due to their boyfriend or husband, there is plenty to keep them entertained. It is the off the wall humour that makes Inside the NBA worth a place on the shelf.

How often can you say that a post-game show is just as good to watch for the humour and banter as it is for the highlights and sights? Not very often as no other sports pre- or post-game show offers the same level of engagement. Early on, producers favoured putting ex-players on the show to add real-life basketball experience. Producers also made it a point not to rehearse any of the show to give it a full-on spontaneous feel, unlike other analysis shows on television. Inside the NBA is more authentic and truer than what is deemed as reality television.

In 2019, Inside the NBA celebrated its 30th birthday. Host Johnson has worked on the show the entire time it has been in production. Inside the NBA originally launched on news network CNN before moving over to TNT and airing after games. As the NBA’s popularity and cable television viewership grew, the viewing audience also increased. More than one generation of NBA fans watched the crew of Inside the NBA depict and describe the action from the hardwood. The show has reached plenty of fans and been a part of their NBA watching, which is another reason it belongs on the shelf.

Inside the NBASport Industry Areas Touched

Inside the NBA Industry Endorsements

Inside the NBA has been suggested to us by sport industry professionals we talk to on a regular basis. See a list of those individuals below.

Why watch Inside the NBA?

Today, Johnson is joined by ex-NBA players Kenny Smith, Charles Barkley, and Shaquille O'Neal. The foursome has made Inside the NBA an unpredictable, engaging program that is far more than NBA basketball. It has crossed over into the mainstream zeitgeist and was elected to the Broadcasting & Cable Hall of Fame. How popular is Inside the NBA with viewers? During the NBA Playoffs the show averages more than 2.3 million viewers.

While fans may not tune in to the show in such droves during the NBA regular season, it is the playoffs that see Inside the NBA take off with its analysis and unscripted comedy. It also helps that O’Neil and Barkley are funny men who play off each other very well. The millions of people that tune in to watch Inside the NBA during the postseason is more than the late-night television shows that are broadcast during the same time period. The show's place on the shelf is solidified thanks to the fact that NBA fans watch the show rather than the game itself.

Inside the NBA is bigger than the NBA games in many cases. Inside the NBA is all about basketball. Yet, its sprinkling of pop culture references and topics makes it far more engaging than any other sports show on television. It took a long time for the show to be considered the "best sports studio show" on television and it is likely to remain there.