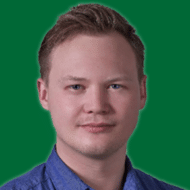 Staffan Olsson, High-Performance Director for USA team handball, first began playing handball when he was only 10 years old. After playing in several different divisions and clubs, and after playing over 357 games for the National Swedish team, he began to transition into the role of coach, and that’s where his career began. Today as the director for the USA handball team, Staffan Olsson works hard to develop both men and women teams, and to develop the sport in the long term future. He also hopes to bring handball into schools in order to get more youth interested in the sport. How does he do this? Join us today as we learn more about the day-to-day tasks that take on in his role as director, and how he made the transition from becoming a player to a coach.

Please note: The interview with Staffan Olsson was conducted via a typed conversation. Editing changes were made to make it easier to read while maintaining the voice of the interview.

Can you start telling us about your journey? From the beginning where you started your active handball career to coaching and now where you are working for USA Team Handball?

I began playing handball when I was 10 years old. At first, I played for a club outside of Stockholm and then I played for four years in the highest division of handball in Sweden, in the first division. After that, I went to Germany and played there professionally for 13 years across three different clubs. I played a total of 357 times for the Swedish national team. After that, I played my two last years from a club in Stockholm. When I stopped playing, I began transitioning into taking over Hammarby as a coach. I was coaching for Hammarby for five years. At that time, we were three-time Swedish champions. After that, I was the Swedish national team coach for eight years, and assistant coach for PSG Paris for three years. That’s my career.

Tell us about your role as high-performance director for USA Team Handball?

As high-performance director for USA Team Handball, I’m currently working on two tracks or avenues for the development of handball in the United States. One is a short-term path to support and help the national team coaches to develop our women’s and men’s teams right now. I’m working hard to train some of our national team players in Stockholm currently as well. The other road is a long-term one, to develop the sport for the long-term future. We’re going to have tryouts to hopefully find some athletes from other sports. At the same time, we’re going to try to get young people, boys and girls, to start playing handball in schools. That’s my role as USATH’s high-performance director, is to make sure these two paths are both successful. It’s very important to have a plan and to organize things in the right steps.

There’s a lot that happens during my day-to-day and it’s constantly changing. Right now, I’m in the planning process for a national team training camp in January. I have different Skype meetings and emails that take up some of my day-to-day schedule, and I also will make occasional trips and travel for work.

I recently went to the United States and visited Chicago and New York City. That was a very important trip for me to get to know American club members at a handball tournament in Chicago. The meeting in New York was really good for me to start to understand how everything works in the American sports industry.

How did you make the transition from being an athlete to the role that you now have?

I was playing handball until I was 40 years old, so I was the oldest guy on the team. I could have been the father of some of my younger teammates.

For me, it was actually not a big problem to make that transition from being an athlete to a trainer, since I’d already played for so long. It didn’t provide me with any major problems.

How do you see the potential for Handball, not only In the USA but in North America as well?

For me, the potential for handball in the U.S. is huge. If we have the patience and work in the right way, I’ll really be surprised if handball doesn’t gain a lot of popularity…not only in the United States but also in North America as a whole. I really think that it’s a sport that suits the American people very well. They just have to learn and see it. That’s one of the biggest issues for us at USA Team Handball. It will be tough work but I’m very optimistic.

How much freedom and creativity do you have in your role? Can you maybe name some few things you are planning to do to expand the knowledge of handball in the USA?

We are looking to create a training system and education program for U.S. trainers. I’m hoping that we can find some sort of system that is web-based so that every interested teacher or coach can get an online education course by themselves at home. The U.S. is such a big country and it’s very costly and time-heavy to get seminars and everyone in person physically.

Can you tell us a little bit about the plans on development Handball at the College level?

One of the things I’m starting to learn and understand about college sports in the U.S. and for me, we need to educate trainers and teachers so they can get more experience in how to teach handball. In my dreams, I would like to start handball in the middle schools because then they’re already in the system and then the college system would follow that. More people would be interested to have handball in colleges if handball were played in middle and high school, so I see college as the second step. In the long term, this will all take a lot of time so we’re thinking long term for sure. But I think it’s important.

From your point of view, how far are we from seeing the first professional handball league in North America?

It’s a very difficult question to answer, but the vision right now is to potentially start a league in the United States in 3-5 years.

What would you say are the top 5 biggest moments or accomplishments in your sports career? Please explain each choice.

1 Winning The World Championship In 1990

My top moment is when we won the world championships in 1990. It was a big surprise that we beat our competitors in the final; we were the surprising team that came out on top. That was the biggest moment for me as a player.

2 The European Championship In 2002

The second is the European championship in 2002 in Sweden. We were European champions in Stockholm, my hometown, which was really special. I made an important goal at the end of the game, so that was one of my biggest moments for sure.

The final moment would be at the 2012 Olympics in London – although we didn’t win the gold medal, it was a really successful Games for me as a coach to reach the finals.

In conclusion, I would like to say thank you to Staffan Ollson for taking the time to respond to our interview questions and to give us a look into the day to day life as director of the USA handball team. I hope that he is successful in his goals to bring handball into more schools in the USA and that he will soon see youth becoming just as passionate about the sport as he is. With all of the hard work that people like Staffan Ollson put in, I really do believe that the popularity of handball can raise in the future and that we can inspire young children to pursue their passion. Keep up the good work and I hope to see more people enjoying all of the benefits that handball has to offer in the near future!