Has Muggsy Bogues Ever Dunked

Has Muggsy Bogues Ever Dunked?

When one hears that a pretty darn good NBA player was 5-foot-3, they ask for his name, then search the internet to find out if he could dunk - Has Muggsy Bogues ever dunked? We have the answer to this question.

Muggsy Bogues was a really impressive basketball player who could do a lot on the basketball court. He gets to say he's the shortest player to ever dress for and participate in an NBA game. He even has a book with a title addressing what it's like to play in a league of giants, which he wrote early in his incredible NBA career. How great must it feel to have schooled a bunch of 6'8"+ monsters at basketball when you're only 5'3" in the best league in the world? Bogues addresses it in a recent episode of the weekly podcast series, ALL THE SMOKE with Matt Barnes and Stephen Jackson. You can view it here. 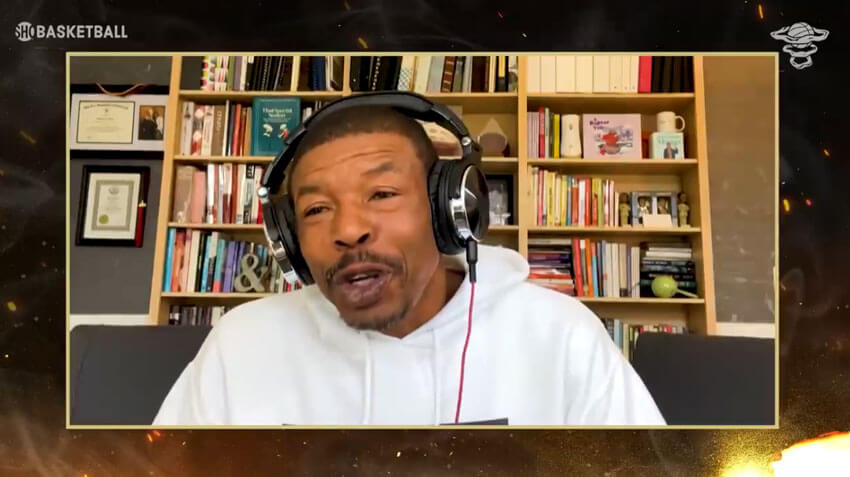 "MJ always liked to fuck with me. Even till this day, he'll put his hand up high for me to give him a hi-five and I'll put my hand down low, you come down to give me a lo-five...There was stuff about he called me a midget which is not true. He always call me short lil fella or lil ass

But could he dunk?

Did Muggsy Bogues Ever Dunk In An NBA Game?

Simply put, the answer is no.
Muggsy Bogues addressed the question of whether he ever dropped one down, AKA dunked, in an NBA game:

“I never dunked in an NBA game… but I can dunk a basketball no problem”. Muggsy Bogues

But could Muggsy Bogues dunk at all?

There are more than a few rumours claiming Muggsy Bogues performed a dunk during a pregame layup line on December 4, 1990. Funny enough, the Charlotte Hornets did not have a game on this day. So there goes that! Even if this legend was made with an erroneous date, there is no video evidence showing Muggsy Bogues dunking during any warm-up in his NBA career.

But Muggsy Bogues Has Said He Can Dunk Though

Indeed, Tyrone "Muggsy" Bogues has said he was able to dunk when he played basketball professionally. He's one of the NBA's most outspoken alumni, having written two books that we've added to our Shelf.

Yes, Muggsy Bogues Could Dunk, But He Never Did In A Game

In a 2000 interview, Muggsy was asked if he could even dunk, and here was his answer:

“I tipped one in college and dunked in high school. I can still touch the rim. I’ve always been a guy who has been able to get off my feet. I’ve still got a little hop to my game.” Muggsy Bogues

So, the answer is clear: Muggsy Bogues never dunked in an NBA game.

But one thing that is very clear is this. Muggsy Bogues made basketball players look foolish throughout high school and college career. That alone trumps getting teased about his height by even the greatest basketball player ever (Michael Jordan).