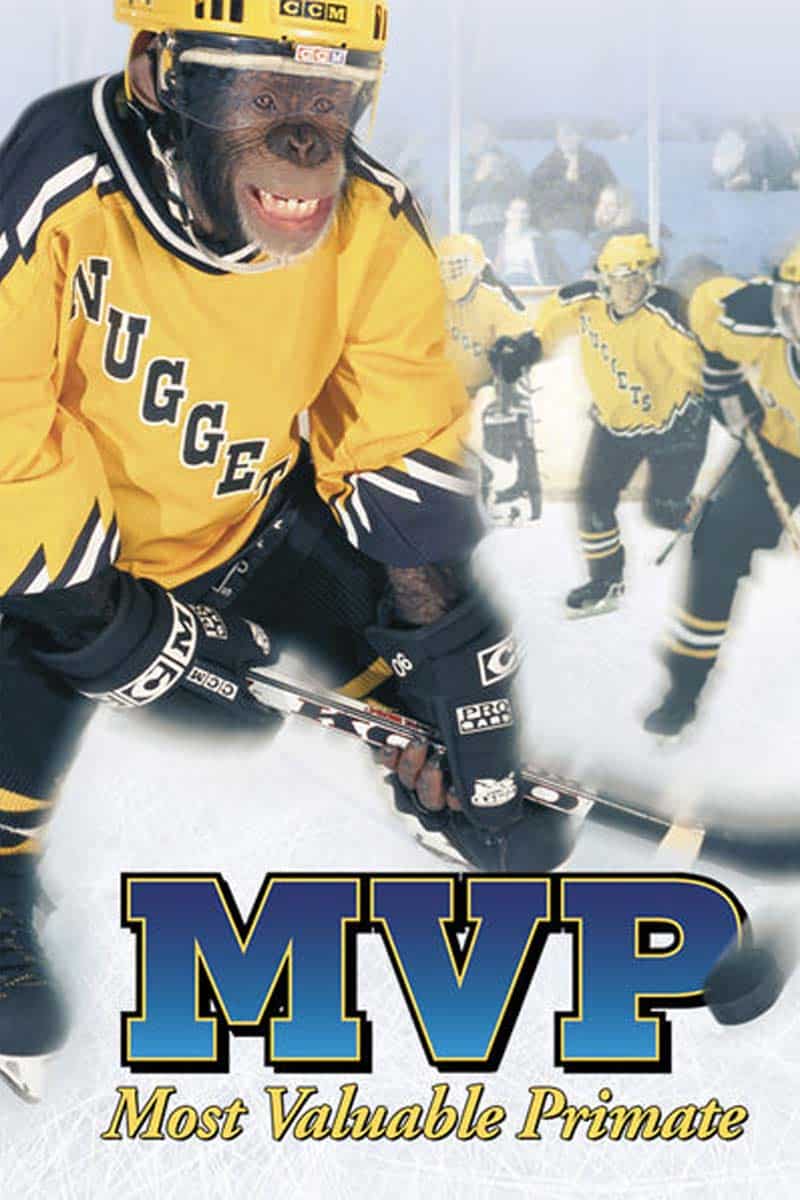 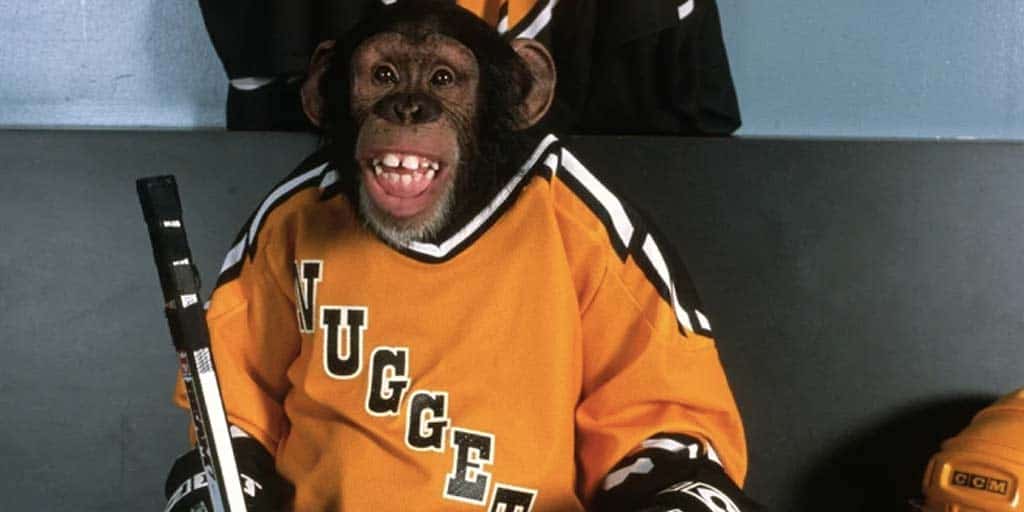 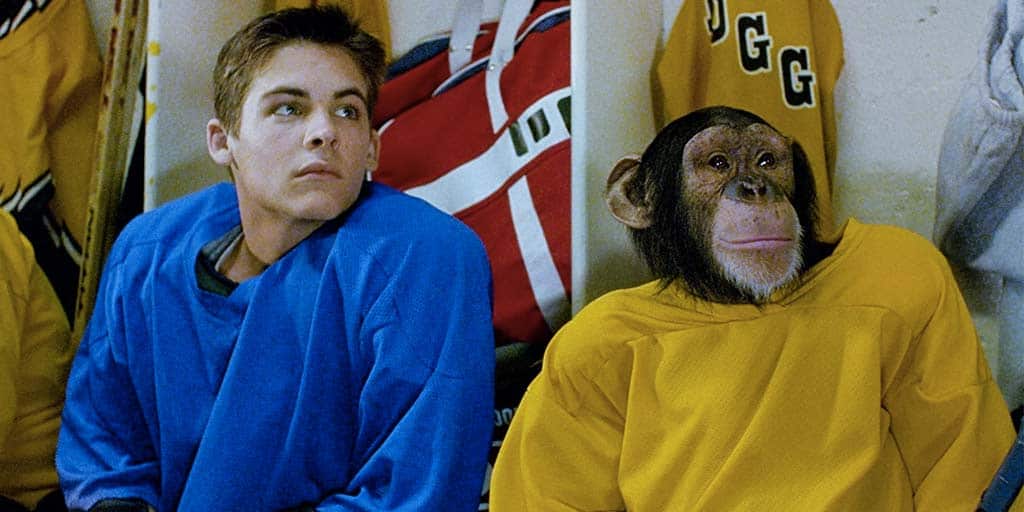 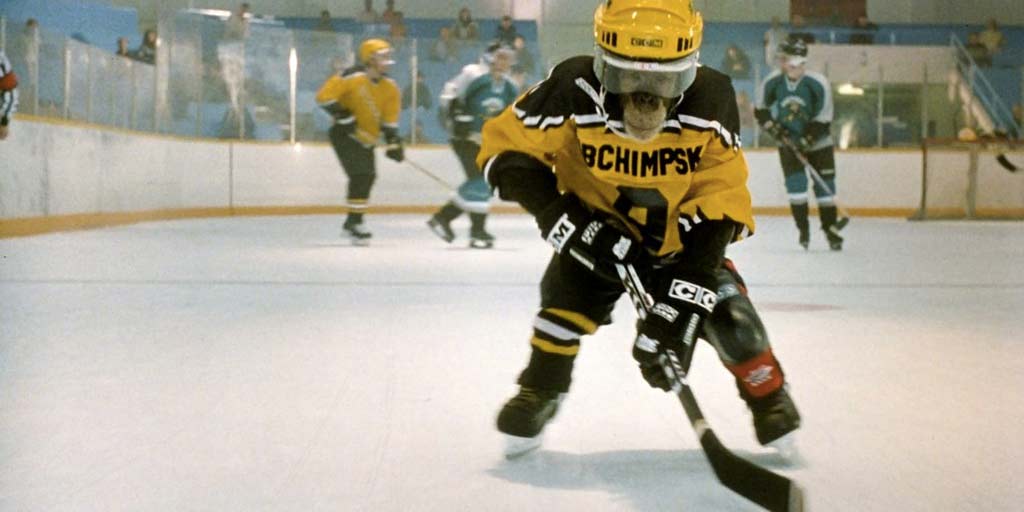 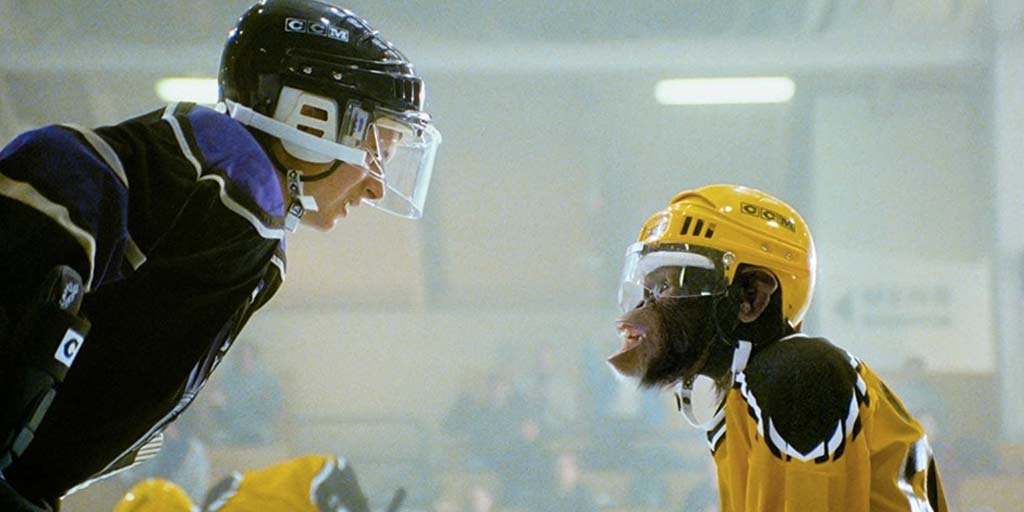 MVP: Most Valuable Primate is about a chimpanzee with the incredible ability to play hockey.

About MVP: Most Valuable Primate

In this film, 3-year-old chimpanzee Jack is the subject of Dr. Kendall's experiment, learning to communicate through sign language. However, when he doesn't progress quick enough, Dr. Kendall loses his funding and Jack is sold to a medical research lab. Before Jack is sent away, Dr.Kendall attempts to free him out of fear of the kinds of tests he'd go through. Through a process of events, Jack ends up in Canada, where he is discovered by a young deaf girl named Tara. The two are able to communicate in sign language as she keeps him a secret. Tara's older hockey player brother finds out about this and then also discovers Jack's ability to play hockey. With his help, the team excels. But, this captures the attention of Dr. Peabody, the doctor who wants to send him back to the research lab. It's a family-friendly movie for all to enjoy and it can be seen on Amazon Prime.

MVP: Most Valuable Primate focuses on the player side of sport. Jack the chimpanzee becomes the star player of a local team, impressing everyone with his skill. He brings them the wins they want and need. All this after having a bit of a hard time himself. In a mistake, he makes it to Canada and escapes the clutches of a research lab he was supposed to end up at. Getting through this he is able to show what he is capable of. Showing that he is more than just some lab experiment. Check out the whole story in this film on Amazon Prime!

MVP: Most Valuable Primate has been suggested to us by sport industry professionals we talk to on a regular basis. See a list of those individuals below.

Why watch MVP: Most Valuable Primate?

MVP: Most Valuable Primate is a great family movie that many will enjoy! He may not be human, but Jack will still inspire you in his ability. With him getting away from the research lab and excelling in hockey, winning the love of everyone around the local team, he shows that there is always hope. And that is something we all sometimes need. You can't help but continue to root for him throughout the movie. Both in the games he plays and in the hopes of him being safe from the research lab he's supposed to be at. Get the family together for this one! Add it to your sports movie watch list when you can.