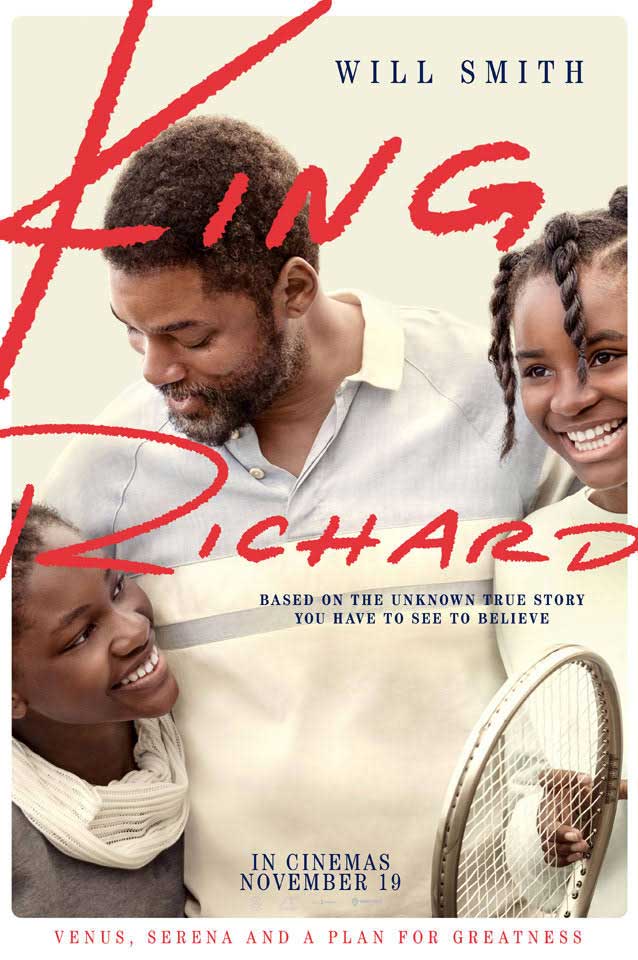 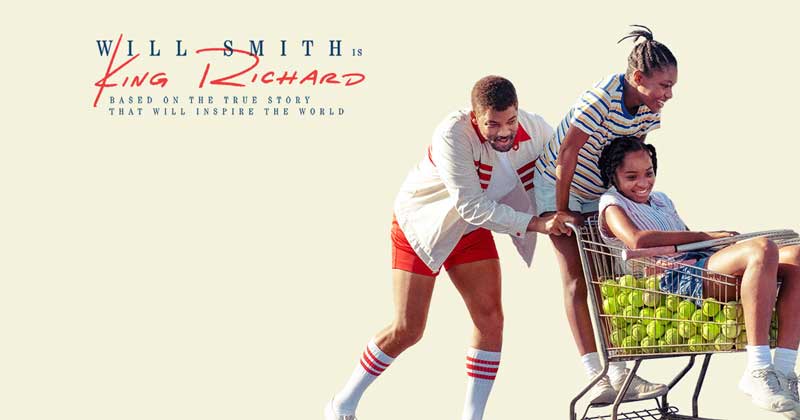 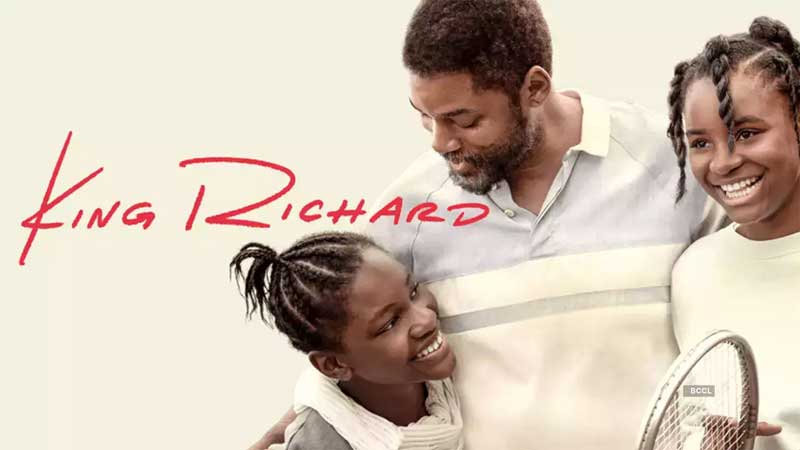 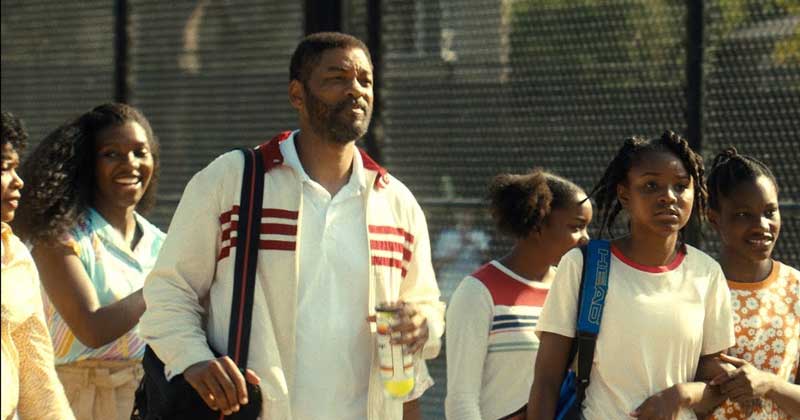 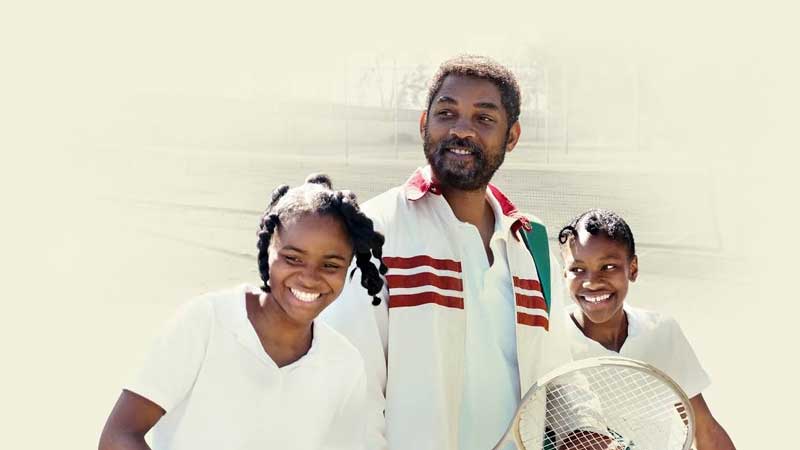 A look at the development of Venus and Serena Williams as tennis players following the guidance of their father Richard Williams.

The Warner Bros. Pictures film "King Richard," which is based on a true story that will inspire people all over the world, follows the journey of Richard Williams, an unwavering parent who was crucial in cultivating two of the most incredibly talented athletes in history and who will ultimately change tennis for good. Richard is portrayed by two-time Oscar nominee Will Smith ("Ali," "The Pursuit of Happyness," "Bad Boys for Life"). The film is directed by Monsters and Men's Reinaldo Marcus Green.

Richard has a strategy that will elevate Venus and Serena Williams from the streets of Compton, California to the international stage as legendary icons, driven by a clear vision of their destiny and utilising innovative tactics. The extraordinarily emotional movie demonstrates the value of family, tenacity, and unflinching faith in overcoming obstacles and making a positive difference in the world.

The mother of the girls, Oracene "Brandi" Williams, is portrayed by Aunjanue Ellis ("If Beale Street Could Talk," "Quantico"), while Venus Williams is portrayed by Saniyya Sidney ("Hidden Figures," "Fences"), Serena Williams is portrayed by Demi Singleton ("Godfather of Harlem"), and the coaches are Paul Cohen and Rick Macci are portrayed by Tony Goldwyn ("Diver Additionally, Andy Bean ("IT Chapter Two"), Kevin Dunn ("Transformers" movies, HBO's "Veep"), and Craig Tate ("Greyhound") are part of the ensemble.

The Oscar-winning director of photography Robert Elswit ("There Will Be Blood"), the production designers William Arnold ("The Hate U Give") and Wynn Thomas ("Da 5 Bloods," "Hidden Figures"), the Oscar-nominated editor Pamela Martin ("The Fighter"), and the twice-nominated costume designer Sharen Davis ("Dreamgirls," "Ray") make up the creative team behind the scenes. Kris Bowers ("Space Jam: A New Legacy," "A Concerto is a Conversation"), an Oscar-nominated composer, created the music.

"King Richard," a Warner Bros. Pictures presentation, a Star Thrower Entertainment production, a Westbrook production, and a Keepin' It Reel production, will debut in theatres and on HBO Max with the Ad-Free plan in the United States on November 19, 2021. It will be accessible on HBO Max for 31 days following the theatrical debut.

King Richard has been suggested to us by sport industry professionals we talk to on a regular basis. See a list of those individuals below.