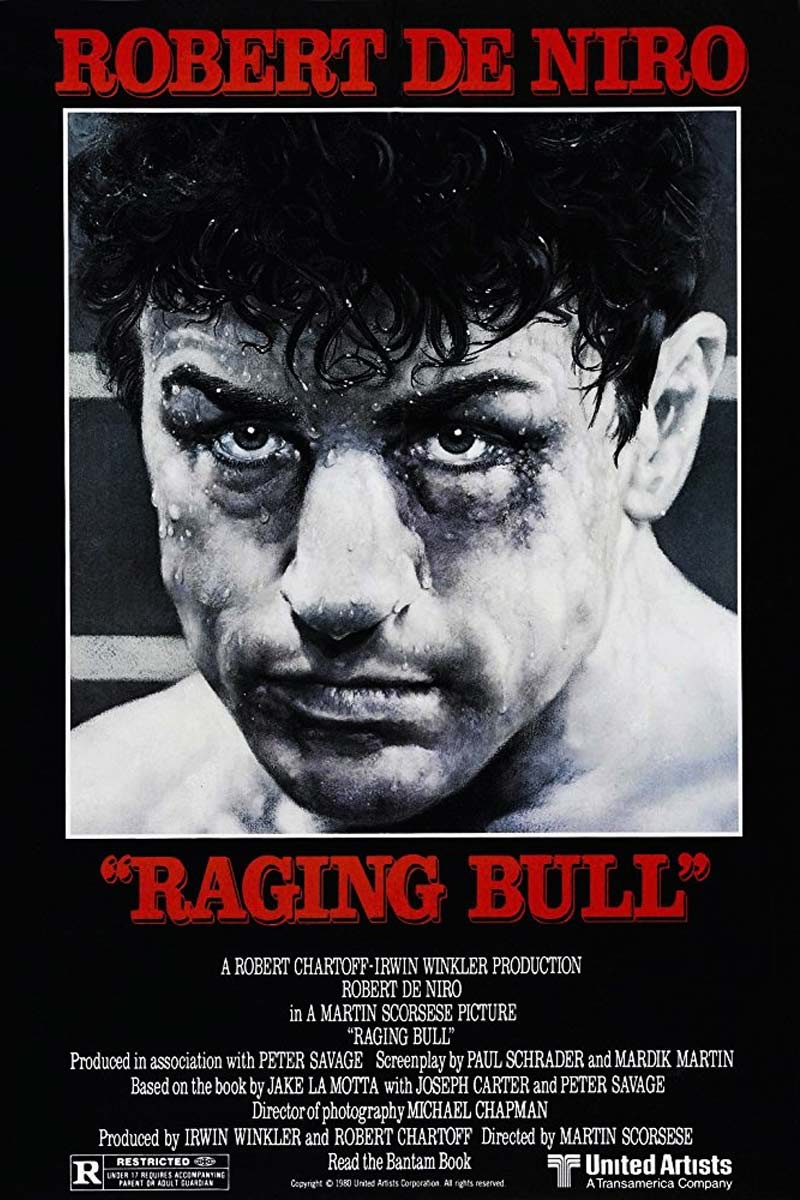 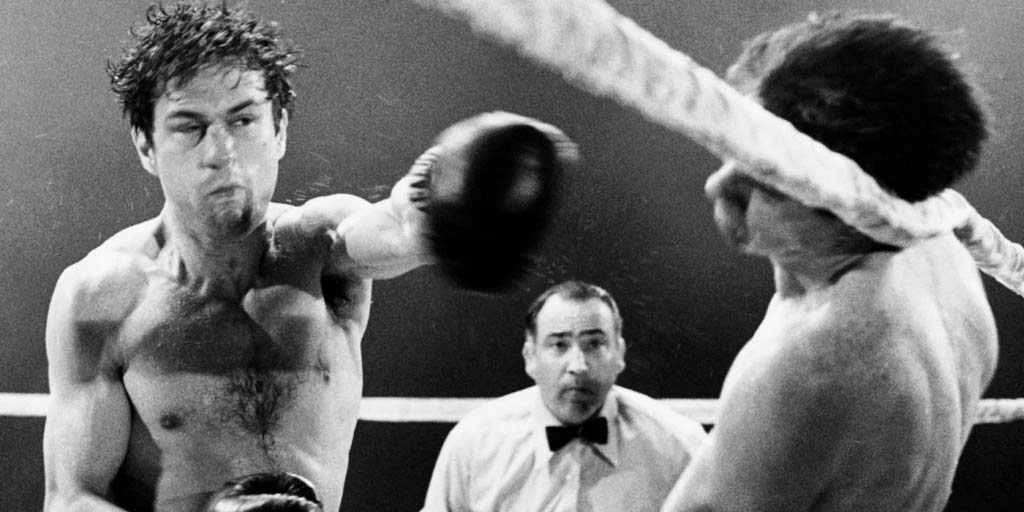 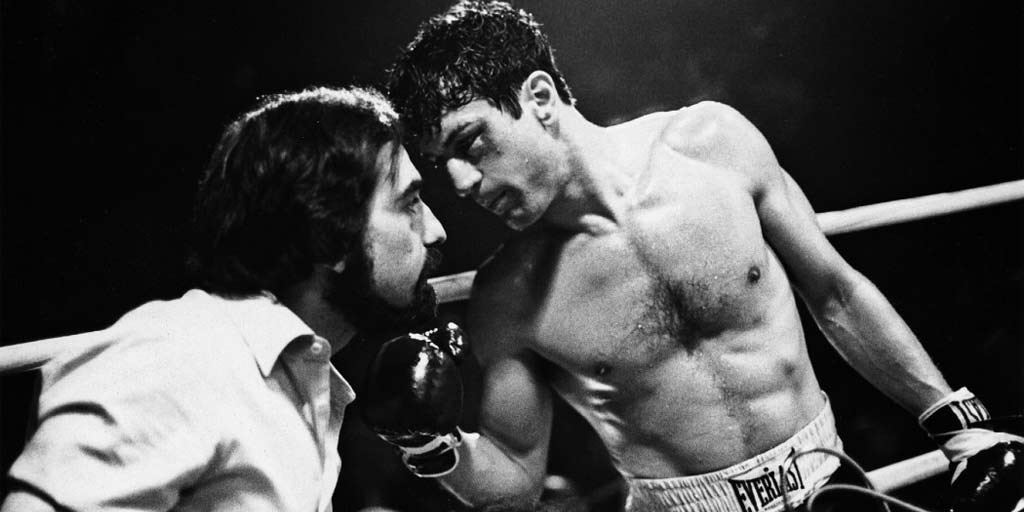 This 1980 biographical drama depicts the life of boxer Jake LaMotta and the battles he faced inside of the ring and outside of it.

Raging Bull is a biographical drama about the life of boxer Jake LaMotta. Taken from LaMotta's own 1970 memoir 'Raging Bull: My Story', we get a look at his life and the struggles his fights brought in the ring and out of it. An incredibly jealous person, he'd take anything personally. Things like comments his wife would make about an upcoming opponent. Something that makes him go much harder in the ring. Additionally, he'd get into fights outside of the ring stemming from that jealous rage. Although he is an incredible boxer, it's these things and more that ruin his image. This is his life story.

Based on the real Jake LaMotta, Raging Bull gives us a look at a real athlete in professional sport. This includes the good times and the bad. The bad sometimes having consequences in his fighting career. With connections involving the mafia, who control a championship, he is forced to take a loss, something that ends up getting him suspended for throwing the match. These types of actions, like cheating, can have negative effects on sport and do get punished. Along with that, getting himself arrested and trying to bribe his way out have their own consequences. It's things like this that can ruin an athlete's image, no matter how good they were.

Raging Bull has been suggested to us by sport industry professionals we talk to on a regular basis. See a list of those individuals below.

Raging Bull is the story of a real athlete and these are always a great watch! The film itself was made in black and white which gives it that older feel it needs, having taken place in a much older era. And those who know boxing and know Jake LaMotta are likely going to be very interested in his seeing his story played out. You also can't go wrong by watching a film that stars Robert De Niro, who plays Jake LaMotta. If that's not enough, the movie has won several awards. Academy, BAFTA, and a Golden Globe among others. If you've got the time, definitely give this one a watch!