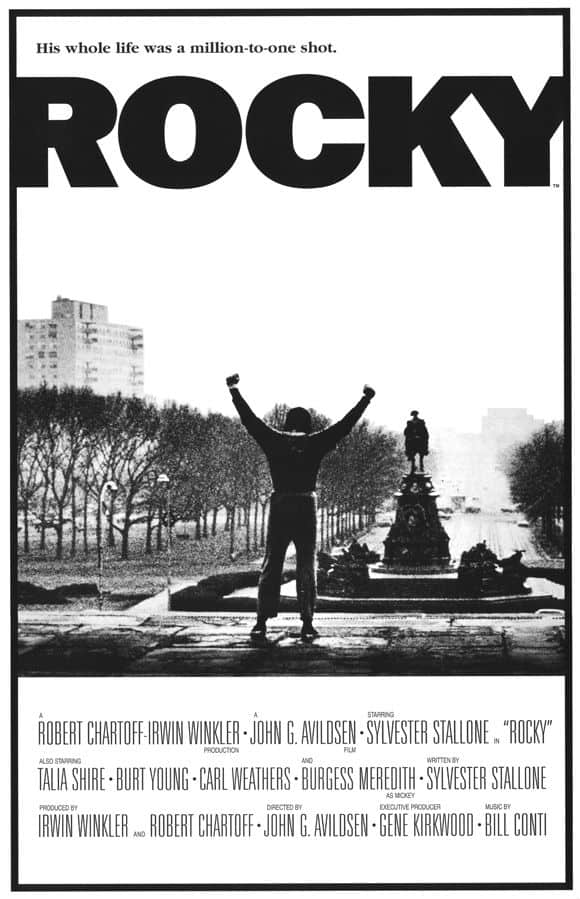 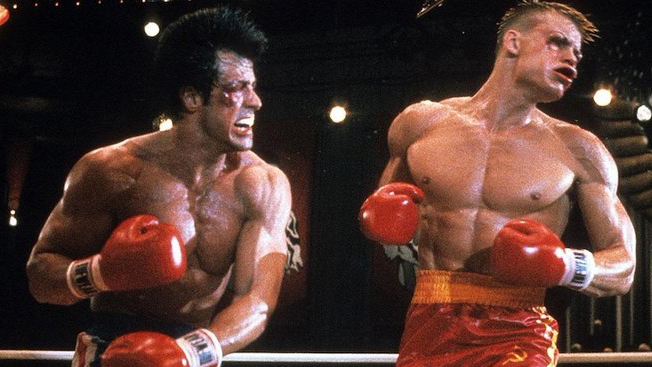 Rocky is the ultimate inspirational sports movie franchise and no better one than the very first that started it all.

Rocky is the ultimate inspirational sports movie franchise, and no better one than the very first that started it all. It is about a small time boxer who is down on his luck and gets a rare chance to fight the heavyweight champion of the world. He is determined to go the distance in this fight, win or lose, to prove it to himself he can achieve something great.

The film Rocky is about a man who is a small-time boxer in Philadelphia, and boxes because when he was younger, he did not believe he had the intelligence to excel academically so he decided to pursue athletics. However, he did not have the proper training but decided to do it anyway because it paid some of his bills. Rocky’s fortunes turn around when heavyweight champion Apollo Creed wants to have an exhibition match against anyone for America’s bicentennial, which is a special occasion.

Creed chooses Rocky because his Italian ties coincide with Christopher Columbus who founded the United States of America and what better way to celebrate the Bicentennial than to have historic ties to the exhibition. After receiving and accepting Creed’s challenge, Rocky decides to train seriously. The owner of the gym that Rocky trains at, Mickey Goldmill, wants to be his manager for the exhibition fight. Initially, Rocky declines, stating that Mickey only cares about him now that he is in the Philadelphia spotlight for this fight. His emotions get the best of him, then immediately apologizes to Mickey which is followed by the commencement of their training.

Training for the boxing match means everything to Rocky. Up to that point, this fight was a million to one shot in his life. Now facing the biggest challenge in his life, Rocky will stop at nothing to prove to others that anyone can overcome challenges that they face in their life no matter what.

Rocky has been suggested to us by sport industry professionals we talk to on a regular basis. See a list of those individuals below.

The film Rocky is truly one of the best examples of a Cinderella story and is a timeless tale that will continue to inspire generations to come. Rocky is not about winning, but character development. It is about being able to see your potential and grow. It also teaches people to look at challenges as an opportunity to develop themselves. The musical score is iconic and sets the mood for the entire film. This element brings everything together to make Rocky a masterpiece. The background of how the film was made adds to the lore of the character.

Sylvester Stallone at the time the movie was filmed was in an identical position to the character Rocky. He only had $100 to his name and was couchsurfing to get by. The movie producers wanted a big Hollywood actor to portray the character, but Stallone believed that he was the best person to play the part. His thinking was that this acting role could help him overcome adversity and have this film shows his hard work ethic. Nowadays, the success of Rocky inspired an entire saga of films and a spinoff series which proves how impactful the entire series has been over time.