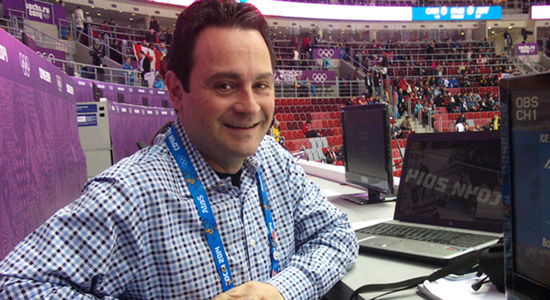 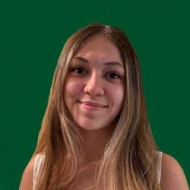 You have to realize many people may have the same dream and same desires so you have to outwork all the others!

× The interview with Tony Ambrogio was conducted via a typed conversation. Editing changes were made to make it easier to read while maintaining the voice of the interview.

1Tell us about your role as a Freelance Story Editor? What does a typical day look like for you?

As a story editor, our job is to put the video pieces you see on Sportscentre on the air. So it might include stings, bumpers or reporter stories. A sting is a quick montage of video that recaps something rather quickly.

One of the cool things about being a story editor is there is NO typical day.

Some days you may be asked to do a sting or even a pair of stings. Maybe you are asked to work with a reporter to put together a report he or she has written.

Your job is to find the appropriate video and the sound that goes with that report.

You may be asked to do a bumper for a Sportscentre show. That is a quick 15-second piece that promotes what story is coming up after the commercial break.

As you can see what you do and what sport you might be working on can constantly change day to day. 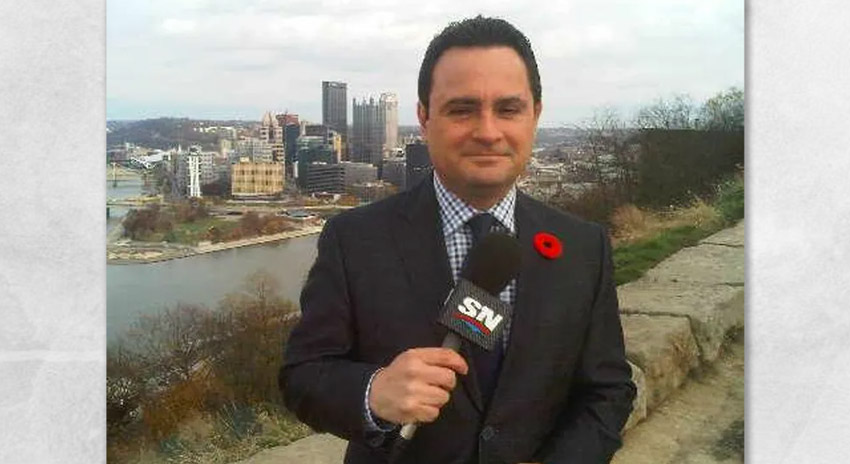 2Tell us about yourself and your journey in sport!

I am from London, Ontario and have been a Toronto Maple Leafs and Pittsburgh Steelers fan for as long as I can remember.

Growing up, Darryl Sittler and Jack Lambert were two of my favourite athletes. I love ALL sports but Hockey and football are my favourites.

I currently live outside of Toronto and I work at TSN in the newsroom as a story editor (I have also hosted radio shows on TSN 1050, written stories for TSN.CA and been a field producer for TSN).

I also do the Public Address for the Mississauga Steelheads of the Ontario Hockey League and I teach at the College of Sports Media. 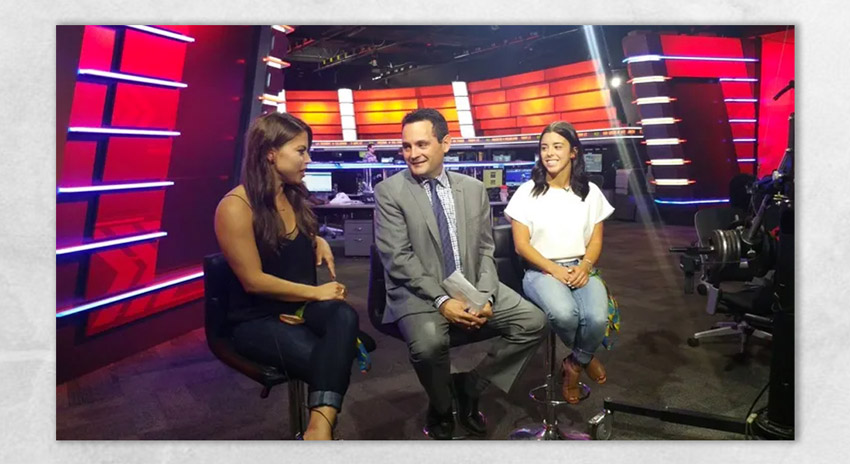 3What was your original inspiration to work in sport?

When I was young, I realized I never would be much of an athlete. But as much as I enjoyed watching and playing sports, I enjoyed talking about sports just as much!

During elementary school, I realized I wanted to be a sports broadcaster. Whether it was a play by play announcer or a TV anchor or a reporter, this was my dream from an early age.

When I was in grade 8, we were asked to do a speech. I did mine on wanting to be a sports broadcaster.

My classmates and my teacher were impressed (I think. LOL) and they encouraged me to follow the dreams outlined in that speech and turn it into a reality!

Then during high school football games, I would watch on the sideline and do play by play with my friends. And when I got home, with the TV on, I would do the play-by-play of whatever sport was on.

This was such a passion that I was determined to make sports broadcasting part of my life!

I enrolled in the Fanshawe College broadcast journalism course and after I graduated from there, I did newscasts and was a reporter for a radio station in Owen Sound, Ontario. 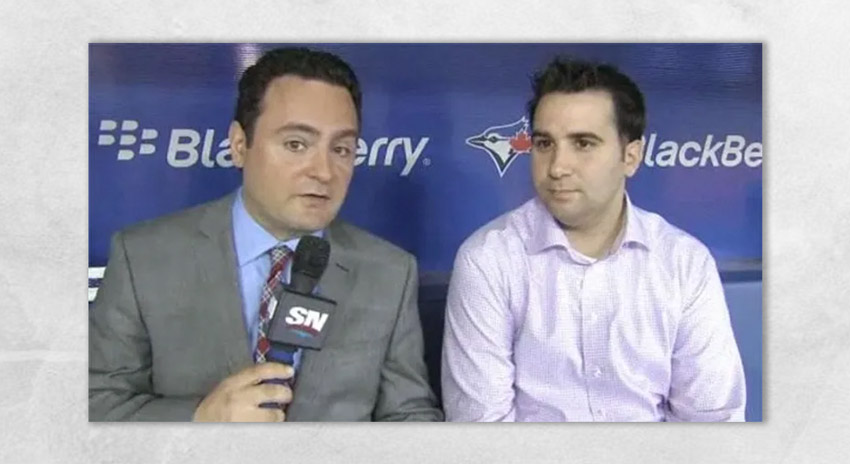 4Using your experience from working at The Score and Sportsnet, do you feel it helped with the transition into TSN?

I find going from The Score to Sportsnet and now TSN has been a seamless transition.

Each of the stations had different ways of putting stories together and how they put highlights together, but it is all about story telling!

That is the biggest thing I learned at the Score and at Sportsnet and certainly at TSN: You need to tell great stories!

You also realize when you work in sports tv, that it really is a team!

Everyone needs to work together to make the end product look so good. I have been so fortunate to have worked with so many great, talented and wonderful “teammates” that one of the big things I learned early in my days in broadcasting is the importance of working together and being a great teammate. 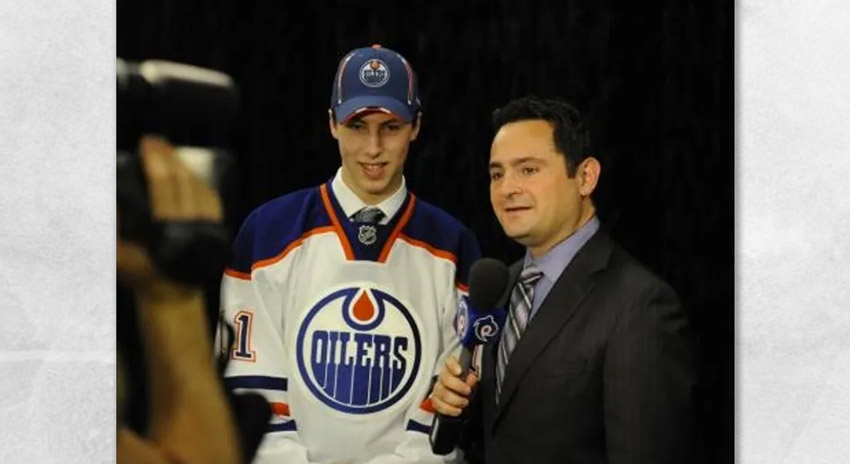 5What is one of your favourite interviews or memories in your career?

What a tough question to answer because I have been so lucky to have interviewed so many great athletes and people from the sports world. But the one that really sticks out for me was an interview with NHL legend Jean Beliveau.

I didn’t really remember watching him play, but I heard the stories and knew he was a legend!

I got him on for my radio sports show and at the time I expected to interview him for only 15 minutes. He was so gracious with his time, with my questions and with questions from callers that he stayed with us for nearly the entire hour of the show!

In fact, at one point, a caller asked a question in French and he responded in French! I thought to myself….HOW COOL IS THIS!

Like I said I have been really lucky to have interviewed so many greats: From Wayne Gretzky, Sidney Crosby, Connor McDavid to Jose Bautista, Roy Halladay to Tommy Lasorda. So to pick one is not easy but I would say Jean Beliveau is my favourite. 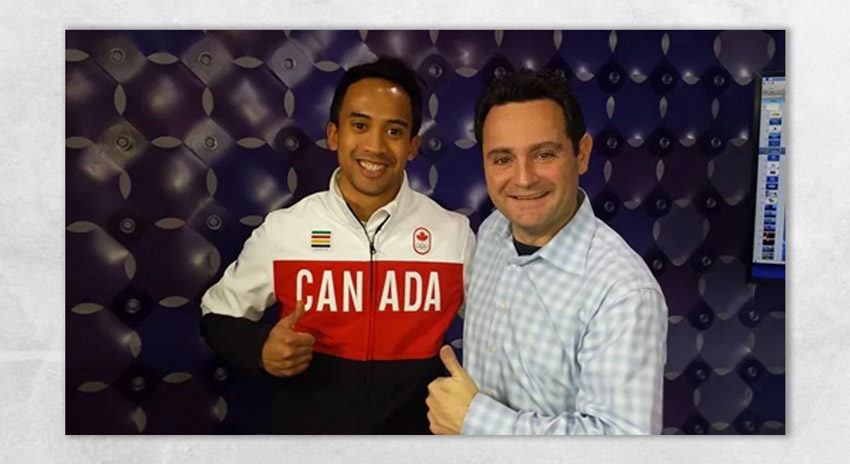 6What made you decide to get involved with teaching a sport related course and what was that transition like?

After being in radio and TV and doing media broadcasting I realized that I had lots of knowledge, passion and enthusiasm that I wanted to pass on to the future broadcasters!

I also realized over the years, the number of young people who would intern at the Score or even Sportsnet, would approach me asking for advice and I felt I had some things that might help people so I pursued teaching and have taught at Centennial College and am currently an instructor on a part-time basis at the College of Sports Media in Toronto.

The transition has been a smooth one! Every day when I am teaching, I remind myself I was in the shoes at one time of all the students.

I do my best to give them the best advice and constructive criticism I can while remaining positive and encouraging them every step of the way. 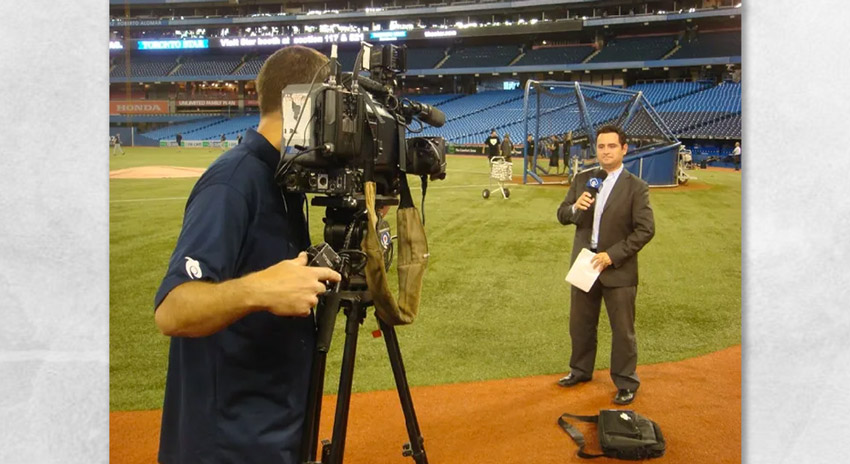 7Do you have any advice for someone who is looking to get involved in the same field?

My best advice is a simple one: If you have a passion do everything you can to chase that dream!

Same thing if you want to host a podcast or be a reporter: Just do it! And don’t just say you want to do it….REALLY GO AFTER IT!

class="makegold" You have to realize many people may have the same dream and same desires so you have to outwork all the others!

It isn’t easy but if you give it everything you have, you will not have any regrets! I have learned over the years many people want to be in sports broadcasting.