What Is An NBA Warning Card? 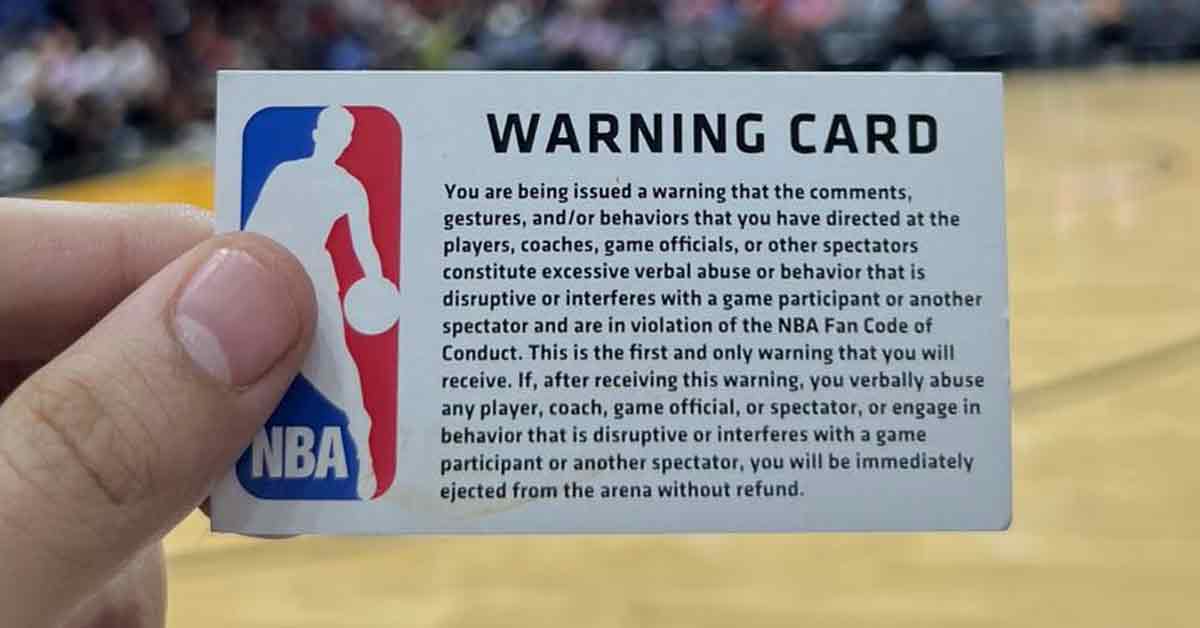 What is an NBA warning card?

Yes, it's true - the NBA issues a warning card to fans they deem as behaving against its proper decorum.

We have looked before at spectator behaviour from a range of perspectives. In fact, we did a piece on this very subject. You can view it by clicking here.

During the 2020-21 NBA season, there were many instances of fans disturbing players with their words. It seems that the advent and increased use of social media amongst fans has led to a trend. This trend of fans yelling stuff at NBA players and putting it on TikTok is kind of what it has become.

The NBA wants no part of it in the 2022-23 season, so it will issue more warning cards than before.

Let's take a look at the warning card the NBA issues to select fans.

So essentially, it is like a “red card” in soccer. Thus, a warning for what is deemed abusive language or behaviour - whether it is toward a player, a coach, the referees or another fan.

The point is, be careful what you say and do in an NBA arena. If you do not act with care, you might end up getting one of these cards.