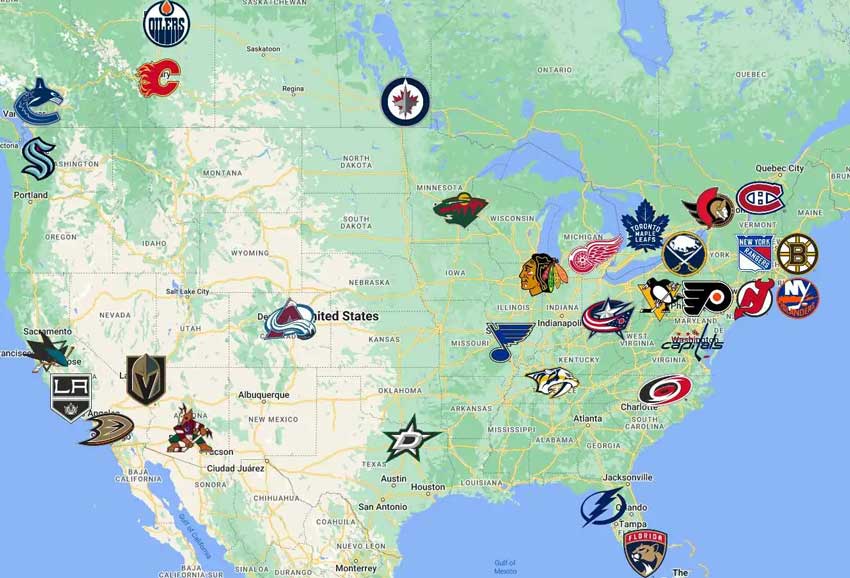 It's usually a team owner's choice, like a nickname.

Names are often chosen to help a club stand out. The Florida Panthers joined the Miami Dolphins, Miami Heat, and Miami Marlins in metro Miami. The team name could also be seen as an attempt to position the hockey club as "Florida's team," even though Florida already had an NHL team (the Tampa Bay Lightning) when the Panthers joined the league.

Giving the team a statewide name is often an attempt to broaden its appeal, especially in areas where the NHL has failed. Examples of teams include the Carolina Hurricanes and the Colorado Avalanche.

The Quebec Nordiques (Colorado Avalanche), Winnipeg Jets (Arizona Coyotes), and Hartford Whalers all gave up their city-specific names for statewide ones in the 1990s (Carolina Hurricanes).

When the original Winnipeg Jets left in 1996, a minor-league team with a provincial name took their place (the Manitoba Moose). When the Jets returned, the original name was so popular that the owners renamed the relocated NHL Thrashers (rather than the Manitoba Jets or Manitoba Thrashers).

But it's not just the NHL that has teams that represent an entire state. See below: