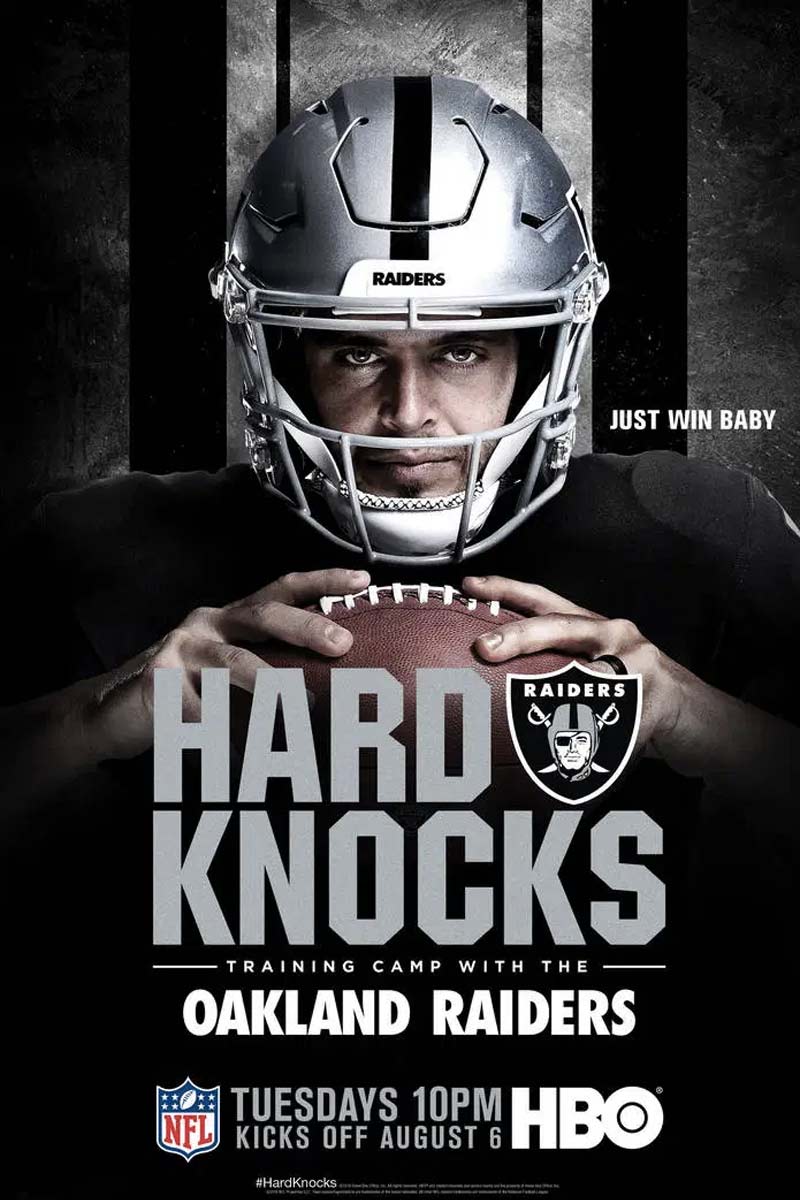 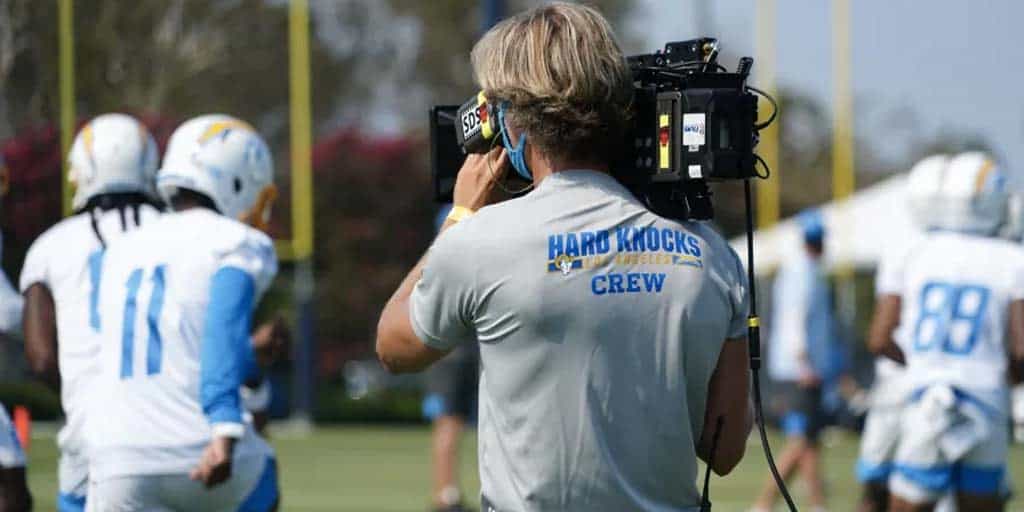 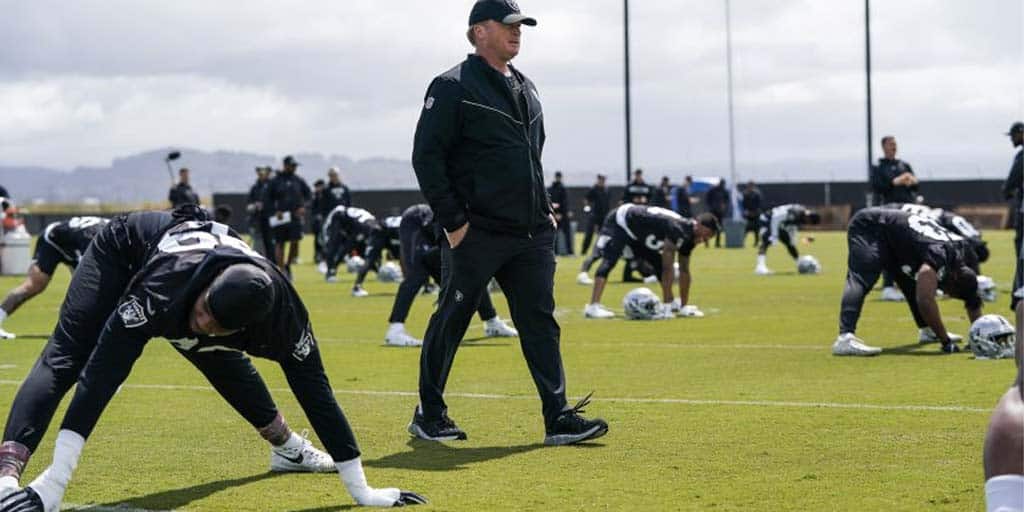 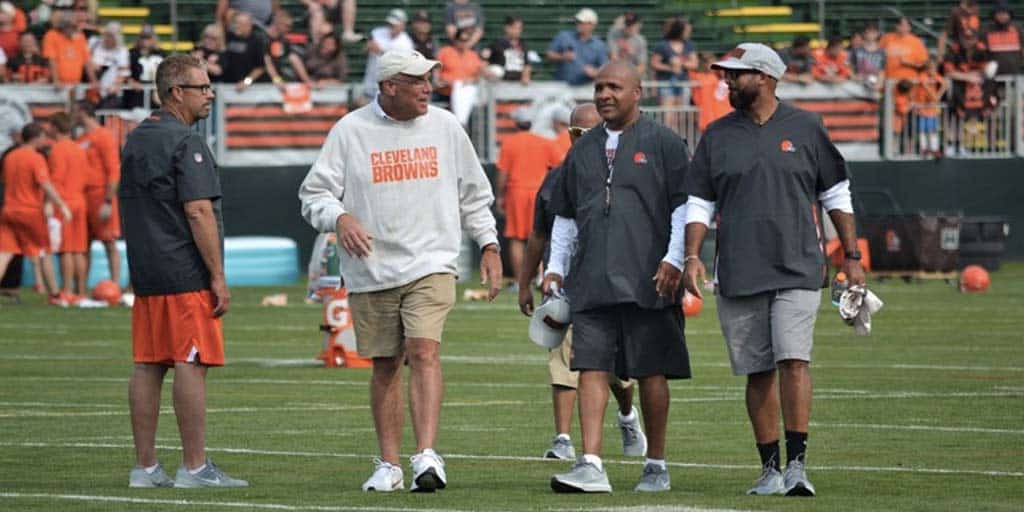 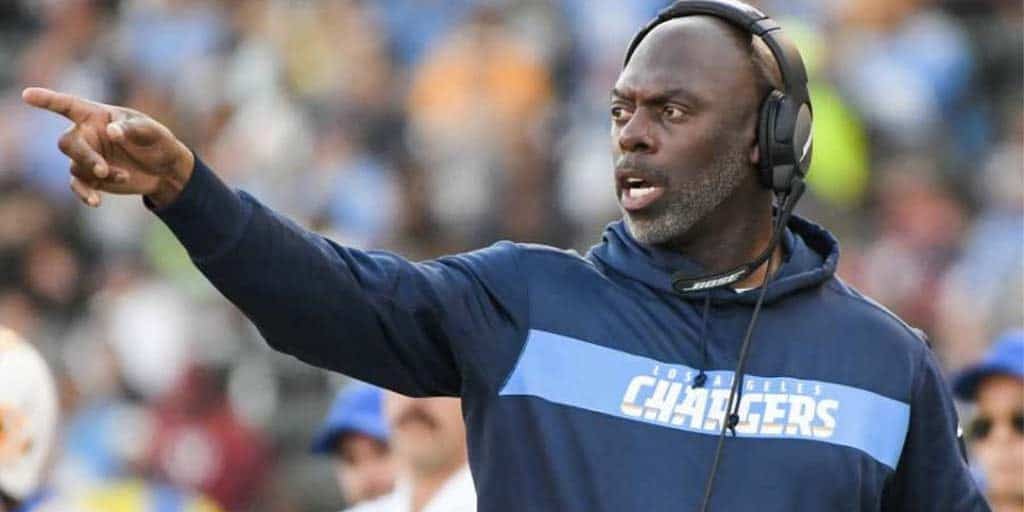 Hard Knocks is a documentary produced by the NFL and HBO. Every season in the series follows a different team in training camp preparing for their upcoming season.

Hard Knocks is an NFL and HBO-produced documentary series that follows the NFL training camp every season. Each year, one team is voluntarily chosen as the focus of the season. Of the teams featured on the show so far, none have ever won a Super Bowl and only 5 would go on to make it into the playoffs. We see the lives of the players, coaches and staff well as their families. You see the battles some of them go through as well as the closeness they have with inside jokes and some pranks. It's a great behind-the-scenes look that gives us a view of how a team behaves off the field. Football fans, it's a must-watch!

Hard Knocks focuses on the player side of professional sport. Specifically, the training and preparation for the focused team's upcoming season. The series looks more into the rookies of the team and their adjustments in playing in the NFL. Especially with the team's newest draft picks. It's these parts of the series that show a lot more of what goes on behind the scenes of a professional team. The series tries to make itself volunteer-based so that any team who wants to may volunteer. But, with contracts on the line, the league has made it so that should no one volunteer the NFL would select a team to be forced to participate. It's a part of the business that many may not agree with, but it is in place.

Hard Knocks has been suggested to us by sport industry professionals we talk to on a regular basis. See a list of those individuals below.

Hard Knocks is a great documentary for football and all sports fans! For those who love behind-the-scenes looks, this is a documentary for you! The long-running series looks at a different team every year and goes through their entire training camp before the start of their season. We see the players, coaches and staff all coming together with their preparations to do well. It's a more intimate look that shows just how strong team bonds can be. If you've ever wondered what goes on outside of games, this series is for you! Make sure it gets added to your sport movie watch list today!